So yesterday was Moms birthday and she insisted I bust out my Keto Cheesecake Recipe!

If you follow along in the Low Carb Inspirations group on Facebook, do you all remember a bit before Christmas when I started my parents on the low carb/Keto journey by bringing them a huge batch of food to replace everything in their fridge?  Well, they visited yesterday (they live kinda far) and Mom is down about 50 pounds and Dad lost weight too but is not tracking. They both look and feel great!!

Dad says he used up almost all the groceries I brought except the huge container of cream cheese. He doesn’t have a use for it and he meant to bring it back to me!

Now mind you, I took time to write down all of my favorite recipes for him in a little book (he is the cook in the house)

I know he likes all these things but he is an extremely picky eater.

When my parents came over they specifically asked to cook them something low carb or keto.
Um, Duh! That’s all I cook! Did they forget I was the one that led them down this path?

We were celebrating Moms birthday so I created a meal with Steak and Lobster tails, with a side of zucchini and squash with alfredo sauce and some sugar-free cheesecake bites topped with whipped cream and strawberries. Dad doesn’t eat veggies like that. I had meant to make him a side salad but got so busy making sure everything would be done at the same time that I forgot! (very picky eater)

We sat down to eat and dad served himself a side of zucchini and squash topped with alfredo sauce and ATE THESE VEGGIES! He’s always hated zucchini and squash. Never eats it! He ate it because it was served with an alfredo sauce that I made with cream cheese.
Early for lunch I showed him how to make the Fat Head dough recipe and whipped up some keto pizzas also made with some cream cheese. Which everyone loved!

Then I asked him if he every eats pancakes or waffles. He says he wants to. I reminded him about the cookbook I created for him and this recipe USES CREAM CHEESE!

He ended up saying that he will now use that cream cheese when he gets home and it won’t go to waste. He just didn’t realize what he could use it for!

I’m feeling quite amused! I never thought they would change the way they eat but they have! How cool is that??

This was the famous Keto Cheesecake recipe we used for the birthday celebration!  She loved it!

TIP: This makes a thin bottom layer. If you want a thick crust that goes up over the sides, double the recipe.  Or, you can bake just the cheesecake filing and make this a crustless recipe too!  Just be sure to use parchment paper or muffin cups to prevent sticking.  I prefer a thin layer crust myself. 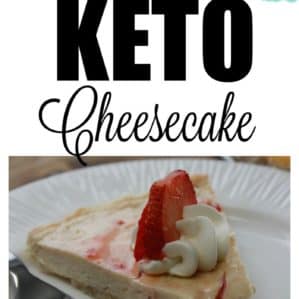 Here are a few photos we took while making this Keto Cheesecake recipe: 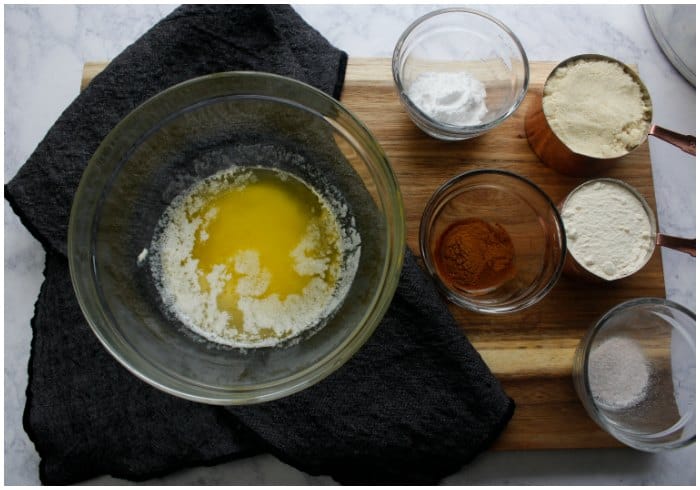 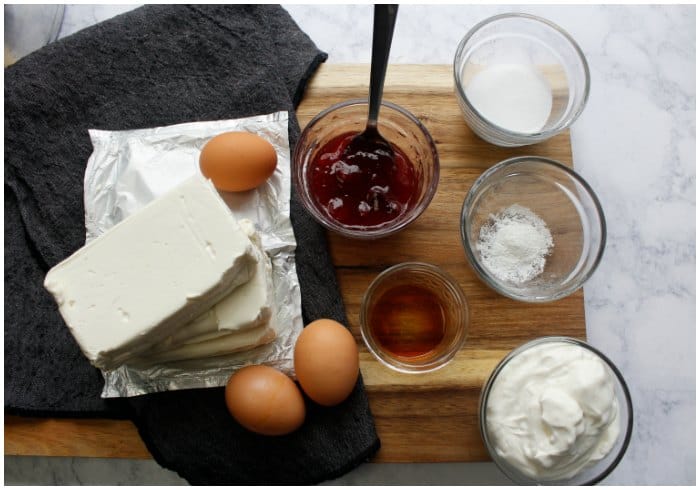 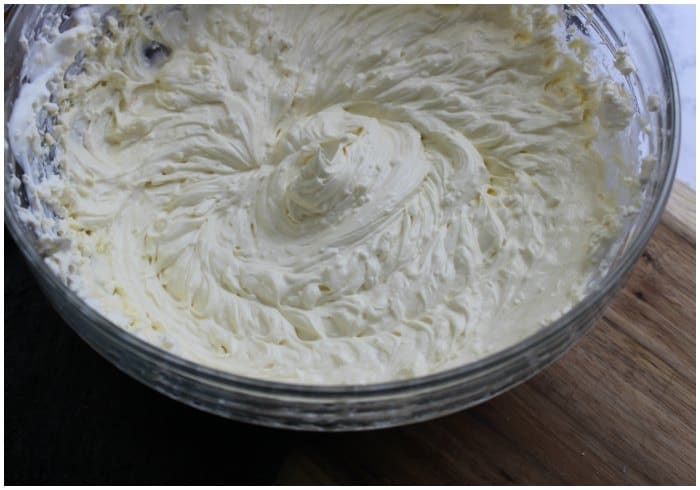 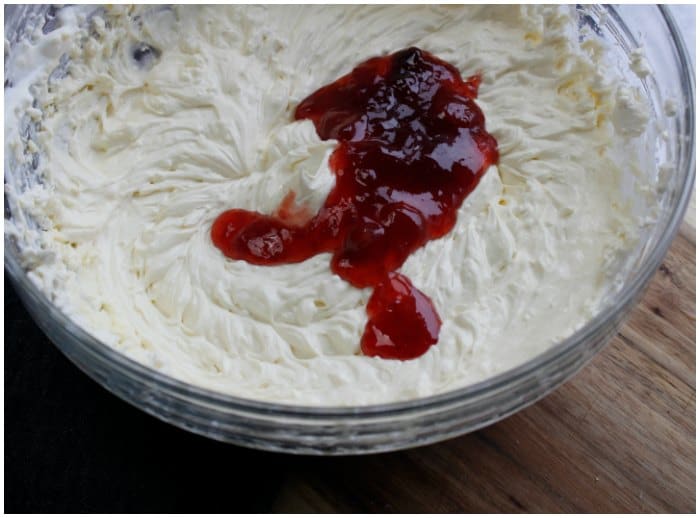 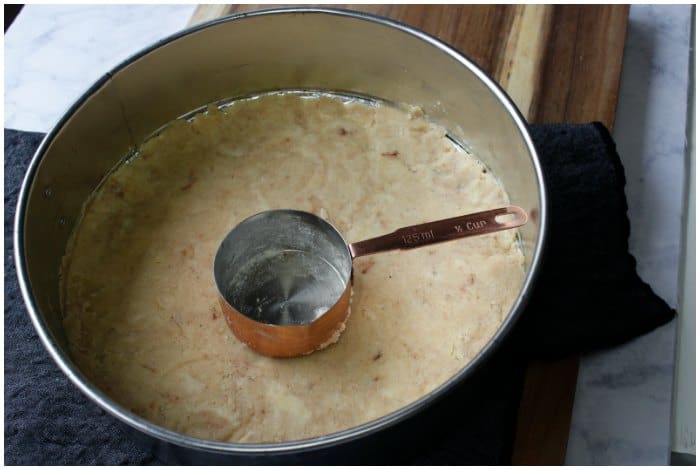 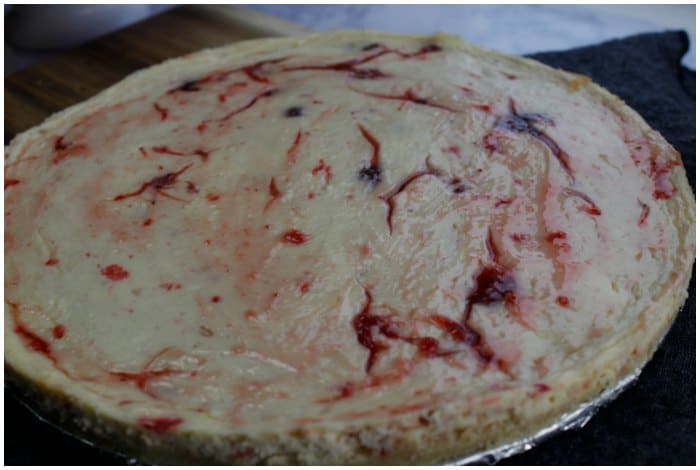 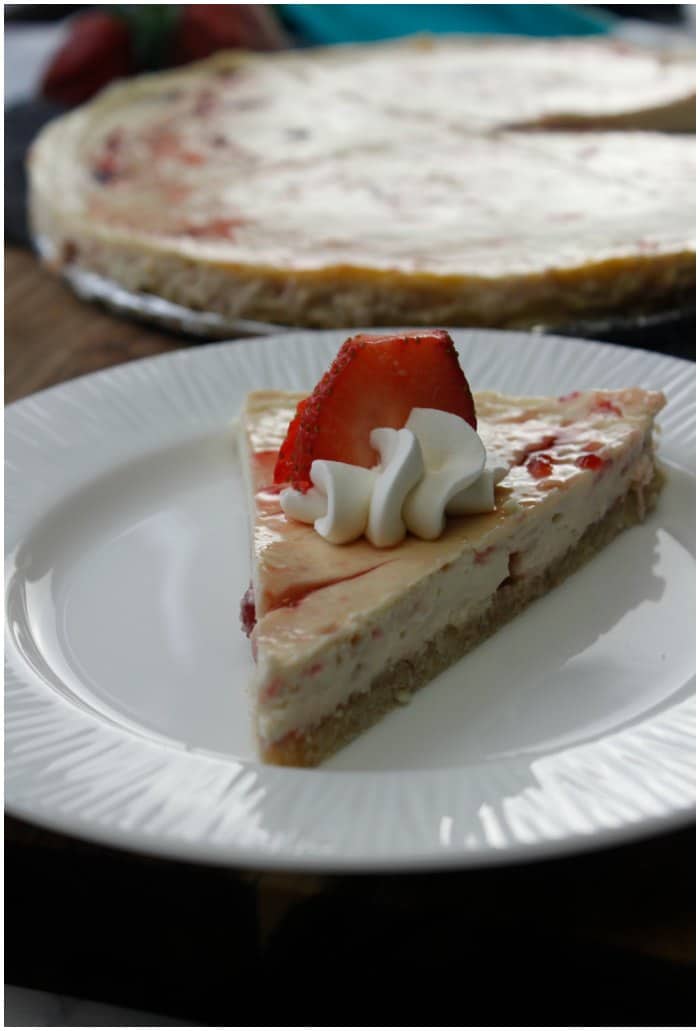 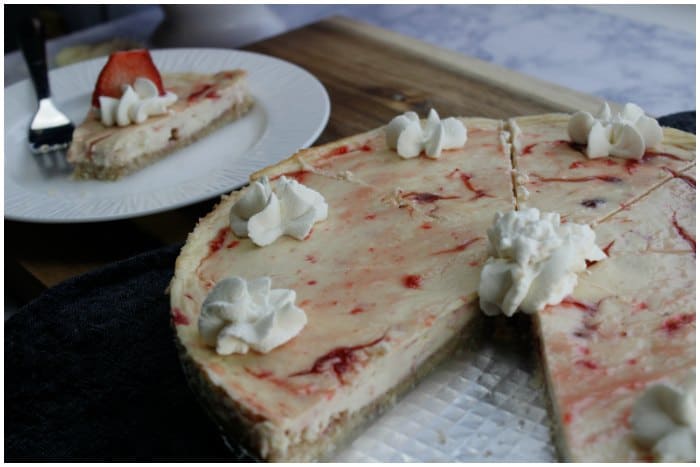 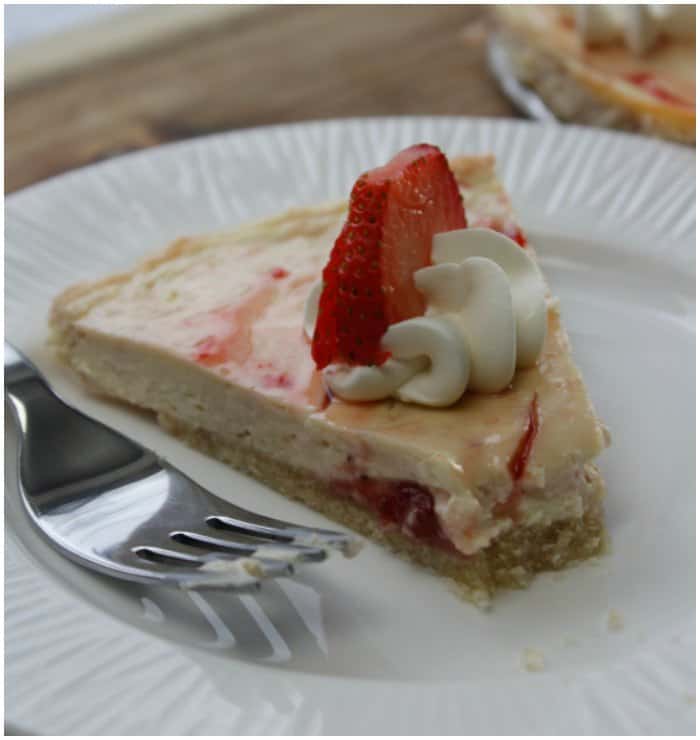 Don’t forget to pin this Keto Cheesecake recipe on Pinterest for later!